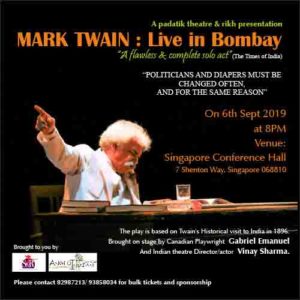 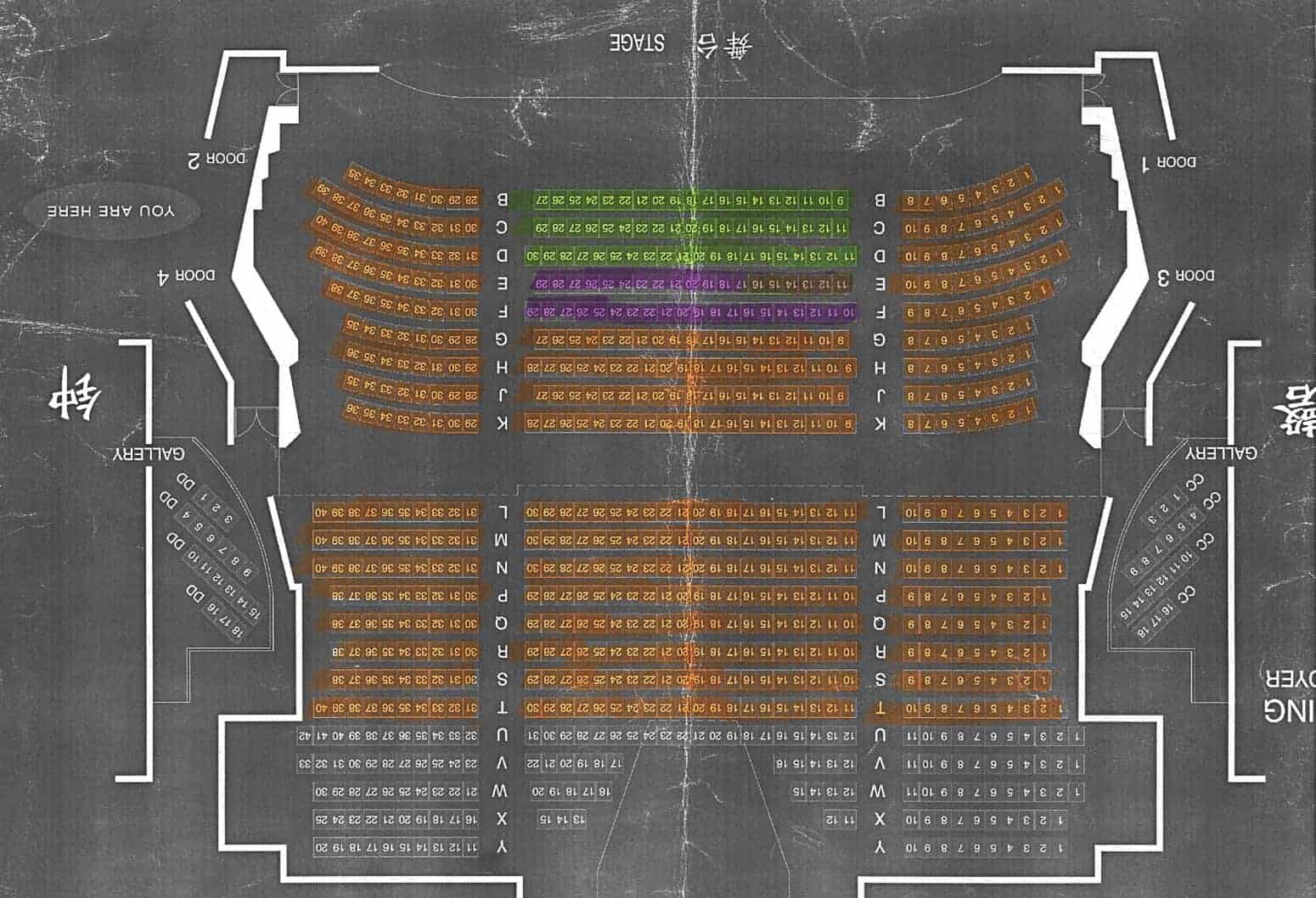 The play MARK TWAIN: LIVE IN BOMBAY! is an original script by the Canadian playwright Mr Gabriel Emanuel who is well known for his play Einstein

MARK TWAIN: LIVE IN BOMBAY! is directed and enacted by Mr Vinay Sharma and it’s premiere took place at Prithvi Theatre Mumbai in April 2018 where Mr Emanuel was also present.

In 1985 the celebrated American humourist ,Mark Twain, was nearly broke. To recoup his losses Twain set sail around the globe. India was the highlight of his journey. He presented an at home talk at Bombay’s Novelty Theatre in 1896.

Based on his writings and travels, the play recreates Twain Sharing tales and yarns from the Mississippi, skewering corrupt politicians, dishonest reporters, religious Bible thumpers and so- called patriots in his witty and irreverent style.

Twain’s satire ,biting at times when he takes on issues of racism, slavery, greed and war, continues to be as relevant today as it was more than 120 years ago.

1. Admission to show/venue by full ticket only. Printed or electronic tickets must be produced for admission.

2. Infants in arms and children under 12 years old will not be admitted into the venue unless approved by organiser.

3. Adults and children 12 years old and above will each require a ticket for admission.

4. Latecomers will not be admitted except at the discretion of venue staff. No Re-entry allowed.

5. No photography, videography or audio recording is allowed. IPads and tablets are not allowed.

6. No outside food and beverage is allowed into the venue..

1. The Organiser/Venue Owner reserves the right without refund or compensation to refuse admission/evict any person(s) whose conduct is disorderly or inappropriate or who poses a threat to security, or to the enjoyment of the Event by others.

2. Ticket holders assume all risk of injury and all responsibility for property loss, destruction or theft and release the promoters, performers, sponsors, ticket outlets, venues and their employees from any liability thereafter.

3. The resale of ticket(s) at the same or any price in excess of the initial purchase price is prohibited.

4. There is no refund, exchange, upgrade or cancellation once ticket(s) are sold..

Some text in the modal.